When I use the field macrophotography Nikon D300s with Sigma 70-300 zoom lens along with the Nikon flash SB 600 and a set of extension tubes up to 68 mm.
This is not far from the best team, especially the goal is one of the cheapest on the market.
Basically I use the zoom from 70 mm to 200, over 200 quality low strength. This gives an expansion ratio close to 1 and 0.34 to 70 mm to 200m. Regarding the working distance measured from the tip of the subject in order to photograph varies from about 14 to 85 cm. As we can see with this small team can cover the most common relationships Extension without change of optical zoom and changing the working distance.

When we practice macrophotography we move into the field relationship expansion relatively small, less than 1. In these circumstances the best option is a macro lens that can be used without extension tubes, so you can work from infinity to an extension ratio 1. Under these conditions we photographed a bee. We recommend a rather long focal length, 100 mm higher in order to take photos at about 30 cm from the subject.

At the time of analog photography where negative 35 mm (36X24 mm) was becoming a standard began to be interpreted as the macrophotography pictures to look at them on paper have a size equal to or greater to reality. This definition is somewhat ambiguous since following the enlargement of the picture and the same picture can be seen macrophotography or not.

My team of Comstar: 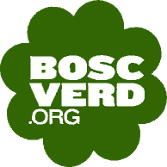